Resource CenterLet’s Get to REAL WORK

Let’s Get to REAL WORK

There was a recent report that the State of Rhode Island hasn’t complied with key elements of a landmark settlement agreement with United States Department of Justice.  That settlement reached in 2013 required that some 3,000 persons with intellectual disability be employed in integrated employment settings.  This agreement was the country’s first such statewide mandate involving segregated sheltered workshops and facility-based day programs.Previously, many of the workers in the sheltered settings performed mundane subcontract tasks that paid far below minimum wage, often $2 or less per hour.Even more troubling, those who attended facility-based day programs during non-work hours were limited to mostly mindless activities such as TV watching and denied opportunities for community participation.

The U.S. Court Monitor in the Rhode Island case found some improvement in the overall employment of the class members with numbers of affected individuals in integrated employment rising from 14 percent to 31 percent. While somewhat encouraging, the benchmark in the agreement is 100 percent.  That is, the state and parties involved committed to 100 percent of the persons involved (including those with profound disability) gaining access to an integrated workplace.  Furthermore, the stipulation in the agreement called for an average of a 20 hour workweek for those in the class.

Even more troubling, those who attended facility-based day programs during non-work hours were limited to mostly mindless activities such as TV watching and denied opportunities for community participation.

Do these goals in the Rhode Island agreement seem realistic to you?  No matter your involvement or relationship to disability services, there have been identified concerns for many years about the continuation of sheltered workshops and day programs in general.  It is time to up the stakes and provide REAL WORK for persons who have languished far too long in segregated community day programs. Many years ago, we also had numerous parties who objected to the idea that persons with intellectual disability could live in community settings and vigorously opposed the closure of state residential facilities.  Now, we know that in many states across the country, all large state-operated facilities have been closed and persons with disability are afforded the opportunity to live in community settings.

It is time to up the stakes and provide REAL WORK for persons who have languished far too long in segregated community day programs.

Granted, these community settings still too often mirror the institutional trappings of the state institution.  Community ICFs whether operated by the private or public sector and other group home settings may still include significant limitations of the right to choose who you live with and where you live and other privacy and choice constraints.  Now there is significant proof that all persons with intellectual disability can be supported in a home environment provided the right resources and funding are available through Medicaid waivers or other state funding options.

I think we can move the discussion of the state institutions vs. community homes forward almost 50 years and have the relevant discussion today around sheltered workshops/facility-based day programs vs. community employment.  We have a lot to learn about how best to secure and maintain community employment for people with intellectual disability.  Families, professionals, and others sometimes disagreed with the early deinstitutionalization movement and perhaps a few even disagree with the direction even today.  But, the verdict is in throughout the nation.  Persons with intellectual and developmental disabilities are living richer, fuller and better lives in community homes and most institutions have shuttered their doors.  I believe the next decade will also prove that we can work together to find a way for more and more people with intellectual disability to be employed in integrated settings and have access to the benefits and responsibilities of work that is so basic to our everyday lives.

Whatever our role or responsibility,  let’s join forces to make a difference by advocating and supporting community employment for persons with I/DD. 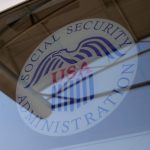